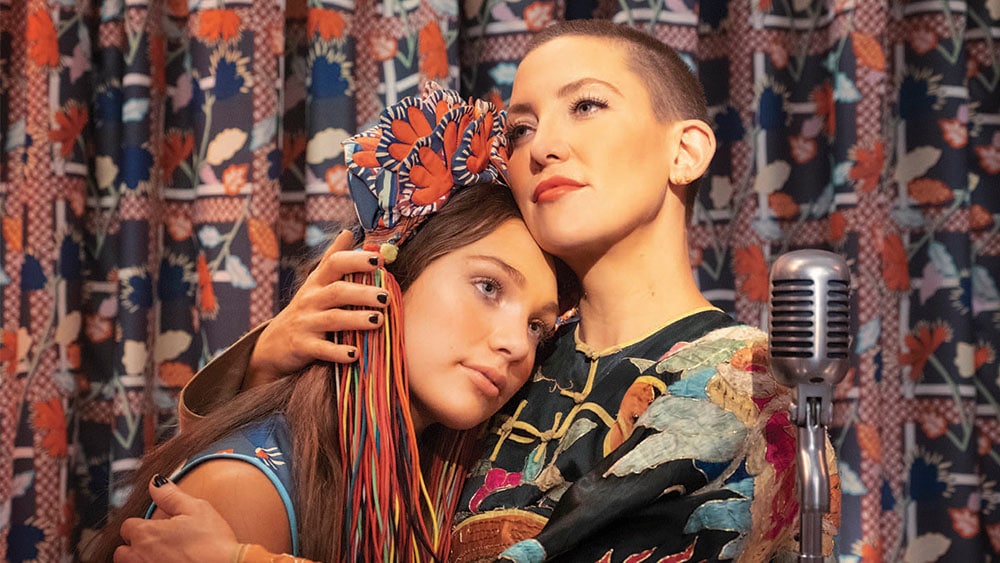 On February 3, Australian pop star Sia finally apologized for her controversial choice to cast a neurotypical actor as a nonverbal Autistic girl in her directorial debut film, “Music” (out February 10).

The movie follows drug dealer Zu (Kate Hudson), who receives the news that she is to become the sole guardian of her Autistic half-sister Music (Maddie Ziegler). Through her experience of caring for Music, who is non-verbal and has sensory processing difficulties, Zu becomes motivated to get her life back on track by getting sober and opening herself up emotionally to those around her.

For the Autism community, the synopsis landed with a thud, and I’m not surprised. Casting neurotypical Ziegler in an Autistic role, as well as depicting the use of restraints to calm her down, is problematic. And indeed, when the backlash first began, Sia doubled down and defended her choices, at times even lashing out at her critics.

Sia’s since seen the light and come clean. Before deleting her Twitter account, Sia tweeted a mea culpa to her six million followers. “I listened to the wrong people and that is my responsibility, my research was clearly not thorough enough, not wide enough,” she wrote. “Music in no way condones or recommends the use of restraints on Autistic people.” She added that a warning would now be added to the beginning of the film.

A 2019 report by GLAAD concluded that 95% of characters with disabilities are played by able-bodied actors. These include Abed (Danny Pudi) from “Community,” Sam Gardner (Keir Gilchrist) from “Atypical,” Dr. Shaun Murphy (Freddie Highmore) from “The Good Doctor,” Isadora Smackle (Cecilia Balagot) from “Girl Meets World,” and Sugar Motta (Vanessa Lengies) from “Glee.” How many Autistic characters can you name that have been portrayed by actors on the spectrum? I’m guessing not nearly that many.

I can get on board with neurotypical or able-bodied actors playing Autistic or disabled characters, however out-of-vogue that idea is becoming. Leonardo DiCaprio, for example, was phenomenal in “What’s Eating Gilbert Grape,” and Daniel Day-Lewis brought enormous depth to his Oscar-winning depiction of Christy Brown, the Irish artist and writer with cerebral palsy, in “My Left Foot.” These are seasoned actors known for the intense, lengthy preparations they undergo for roles.

My main issue with the movie stems less from the casting and more from the lame plot device of using Autistic characters to improve the circumstances or outlook of neurotypical people around them.

Like “Rain Man,” “Music” follows a struggling neurotypical person who meets a long lost relative on the spectrum and then uses the experience of being close to them as a path to self-discovery. In Sia’s film, Music’s mere presence is what pushes Zu to stop doing drugs and leads her to deliver maudlin lines like, “I’m going to help her, just like she helps me.” Music also serves as an unofficial shadchan by facilitating a meet-cute between Zu and her neighbor and friend, Ebo (Leslie Odom Jr.).

But Autism shouldn’t — and doesn’t — exist to make you feel better about yourself. And the experience of parenting or otherwise caring for a person with Autism is in some ways unique, but in other ways, it’s just parenting, which is to say, sometimes beautiful, sometimes maddening and sometimes humdrum. My son is neither a savant nor a savior. He’s a regular teenager, and he certainly doesn’t exist to help me learn things about myself: he’s here to live his own life.

In the end, the abled gaze is reductive and ends up flattening and simplifying Autistic stories for the sake of feel-good endings, producing what is yet another example in a long tradition of exploitation and fetishization.

What we really need are complex, diverse Autistic characters that represent Autistic people authentically. Practically, this might mean making greater efforts to cast Autistic or otherwise neuro-diverse people; it could also mean hiring them as script consultants, writers, producers or otherwise making sure they’re involved in production so they can have a direct say in how their stories are told.

There are wonderful organizations out there that do advocacy and research around disability representation in media, including the Ruderman Family Foundation. Producers and directors who are working on projects that include Autistic characters should also look to the research these organizations conduct to help inform and enrich their work.

Still, as a rabbi and Autism Daddy, I believe in forgiveness. I chose to believe the movie was made with the best intentions, however naive.

I would recommend if Sia truly wants to be an ally to the Autistic community, she should continue to listen to the feedback from Autistic people and communities about representation, something that should have happened before production began.

In other words: Sia, consider this an open invite for a post-pandemic Shabbat dinner at the Weinsteins’.